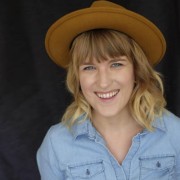 Seeing dolphins in Puerto Vallarta is one of the best things to do here, and some places allow you to go swimming with captive dolphins.

While I completely understand the appeal of swimming with dolphins in Puerto Valllarta, the truth is that these captive dolphin encounters are unethical.

Here’s why you shouldn’t swim with dolphins in Puerto Vallarta and what to do instead.

Why you shouldn’t swim with dolphins in Puerto Vallarta

While it may seem like a fun activity to do on your vacation, once you realize the negative consequences for the dolphins, you’ll want to reconsider partaking.

It’s cruel for the dolphins.

The dolphins you are swimming with are kept in captivity. Often in cruel conditions that cause terrible side effects for them.

In the wild, dolphins might travel hundreds of miles a day. But in captivity, they are confined to tanks that are 200,000 times smaller than their natural range. Not only is this uncomfortable and stressful, but it can be harmful.

For example, dolphins often escape hot weather by swimming in deeper, cooler water to get out of the heat, which they cannot do in these environments. This may result in them getting blisters from too much sun exposure.

The pools they are kept in are often heavily chlorinated tanks, exposing the dolphins to harmful conditions that can damage their eyes and skin.

In the wild, dolphins swim, forage and reproduce young. A dolphin’s life in the wild is incredible, but in captivity, they are forced to do tricks for dead fish. It’s no wonder they become so aggressive!

As long as people keep paying to swim with dolphins or see them perform, tour operators will keep breeding dolphins in captivity.

Every ticket bought directly supports the continuation of captive breeding programs, which essentially means that dolphins are forcibly impregnated. This puts the mother and calf at risk of dying due to birthing complications.

Even worse, these programs often forcibly take the young from their mother soon after they are born to start training them, but in the wild, dolphin calves stay with their mom for up to six years.

As you can imagine, this is incredibly traumatic for both the mother and calf (as well as the trainers who were forced to do this – many have quit after doing this).

It can be dangerous for you.

It’s not just the dolphins in danger either – you are too. There have been multiple incidents of people swimming with dolphins who have been bit, hit by tails, and even pulled under the water by frustrated dolphins.

These animals are still wild, and they’re being forced to interact with people all day in exchange for being fed, which can lead to aggression.

A sample disclaimer from SeaWorld’s Discovery Cove states in part:

“You are agreeing to let your minor child engage in a potentially dangerous activity. You are agreeing that, even if the released parties use reasonable care in providing this activity, there is a chance your child may be seriously injured or killed by participating in this activity because there are certain dangers inherent in the activity which cannot be avoided or eliminated.”

Don’t believe any lies about these animals being domesticated – that is a process that takes thousands of years. These animals have been taken out of the wild.

Many tour operators will tell you that the dolphins enjoy performing, but the truth is they are only doing this because they have been trained too for food.

Yes, dolphins are naturally curious animals, but this doesn’t mean they want to perform tricks for you all day.

By the way, dolphins aren’t smiling. It’s just the shape of their face.

How to see wild dolphins in Puerto Vallarta Mexico

Hopefully, this information could help you understand why swimming with captive dolphins is cruel.

But don’t be discouraged; there are still ways to see encounter dolphins that support their conservation. It’s one of the best wildlife experiences here!

The best way to interact with dolphins is to watch them from shore, where you can be sure that you’re not causing them any harm.

But if you want a closer look, choose a dolphin tour operator that follows a responsible code of conduct.

This tour with wildlife connections takes you to see dolphins and whales while participating in a research project that helps them understand and protect the dolphins in Mexico.

The guides are specialists in cetaceans, biologists, and professional wildlife photographers who will share their knowledge with you, making this excursion a unique experience where you can get some pretty cool information about the marine life around Puerto Vallarta.

You might see bottlenose dolphins, spotted dolphins, spinner dolphins, rough-toothed dolphins, and maybe even orcas on the tour. If you’re visiting during whale watching season (December to March), you may also see humpback whales.

If you’re interested in swimming with wild dolphins in Puerto Vallarta, Wildlife Connections has another tour where you can swim with free WILD dolphins in their natural environment.

On this tour, you’ll visit a resident bottlenose dolphin group (sometimes spotted dolphins are found here). They have a hydrophone on board, allowing you to hear how the dolphins communicate.

Depending on the dolphin’s activity and mood, you’ll have a good chance to jump in and go swimming with them. But, of course, they are wild, so this all depends on them!

Since a research organization runs this tour, you’ll learn about their important work and even participate in their conservation research.

They have a money-back guarantee if they can’t find the dolphins, so what’s to lose?

Are there dolphins in Puerto Vallarta?

Puerto Vallarta is home to a vast array of marine life, including dolphins. The warm waters of the Pacific Ocean around Banderas Bay provide a perfect habitat for these incredible creatures.

What kind of dolphins are in Puerto Vallarta?

Puerto Vallarta is home to several dolphin species, including the bottlenose dolphin, the spotted dolphin, and the rare sighting of the false killer whale.

When is the best time of year to see dolphins in Puerto Vallarta?

December to April is an excellent time for spotting dolphins as this coincides with the whale-watching season, so you can see both animals on the same excursion! During this time, the dolphins are most active and can be spotted in large pods.

I hope this post could change your mind if were considering swimming with captive dolphins in Mexico.

Instead, choose an ethical dolphin tour that gives back to their conservation so they can be around for a long time.

Lora Pope is a travel content creator who’s been wandering solo for over a decade. She lives a nomadic lifestyle and is on a quest to visit every country in the world - always on the lookout for new adventures, hidden gems, and dogs to pet. You can follow her adventures on Explore with Lora</a or any channels below.